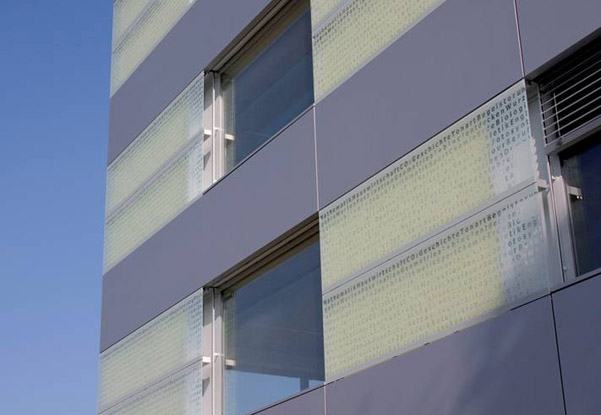 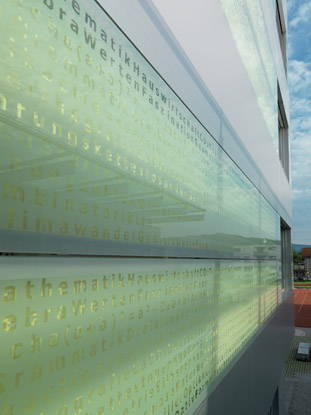 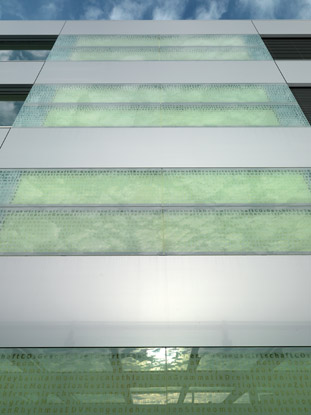 Overcrowded schools are a double-edged sword: They mean more knowledge-hungry kids in a bustling, growing community, but create the need for rapid expansion of educational facilities to accommodate both students and educators. This was the case for MPS Siebnen, a Mittelpunktschulhaus (or middle school) in Siebnen, Switzerland. The school teamed up with the Swiss architectural firm, Staehli AG Architekten and Honeck & Ziltener AG, Lachen, and the regional office of Hunter Douglas with the goal of creating an innovative extension with a unique, expressive facade.

As for the image of the school, MPS Siebnen prides itself on mixing contemporary ideas with traditional ones. The staff has a healthy balance of mature, experienced educators along with younger teachers with innovative teaching ideas. The president, Sidonia Brauchi, says the school offers relaxed, personalized instruction suited to its rural location, -- rural, yet with a sophisticated approach and curriculum that reflect its proximity to the city of Zurich.

Using design ideas that mixed modernity and small-town charm, the architects from nearby Lachen, led by Michael Staehli, pinpointed a modern facade system that would maximize natural sunlight indoors.

According to the design team at Staehli AG, the Quadroclad system from Hunter Douglas incorporates horizontal elements of aluminum panels with vertical extensions of translucent glass screens with serigraphy. The architects custom-designed the printed glass panels, which Hunter Douglas integrated into the Quadroclad cladding and backup system. The Quadro system was not only cost effective, but it also came in a wide range of panel shapes, colors, and sizes, giving Staehli AG the ultimate in flexibility. MPS Siebnen was even able to apply its mission and teaching principles to the building elevations: The glass with serigraphy was custom-printed in accordance to the architects' plan with the names of school subjects including "mathematik" and "genetix" along with various mathematical formulas.

The glass sections, which add texture and brightness to the exterior, are interrupted by the building's rectangular windows. While the large windows and glass panels admit lots of sunlight into the classrooms, the relatively slim facade system was fitted with pockets to conceal external solar-control blinds, also by Hunter Douglas. When raised, the blinds are completely invisible, leaving the clean, flat facade expression sought by the architects.

As a result, the dark, opaque, clay-red facade of the main building contrasts with the glossy, gray and yellow enclosure of the new expansion. Yet the new, crisply detailed facades seem to look into the future of school - an appropriate metaphor, as the classrooms inside MPS Siebnen are fitted with technology that is not usually seen at a non-university-level institution. One example is the chalkboards: instead of the traditional slate chalkboards or whiteboards, the middle school has used state-of-the-art digital projection systems.

Best of all, the new extension has allowed MPS Siebnen to remove the trailers that were previously used as classrooms and accommodate all their students in suitable facilities. With room to spare, the school even rents out its rooms after hours to town residents. According to architect, Michael Staehli, the comfortable, energy-efficient, and cost-effective building extension is "fit for the future."