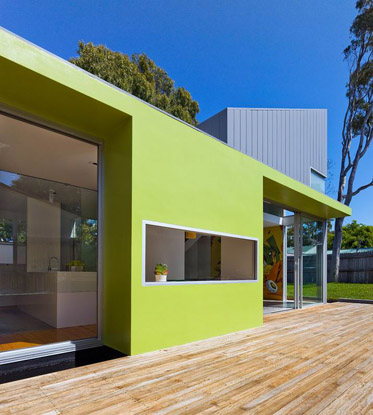 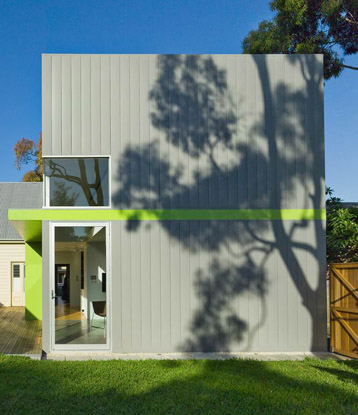 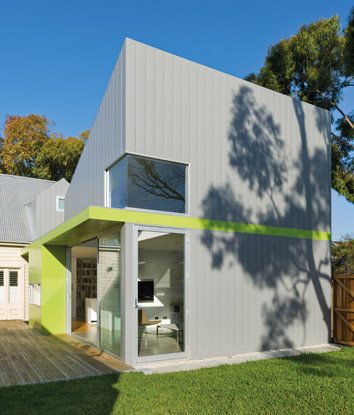 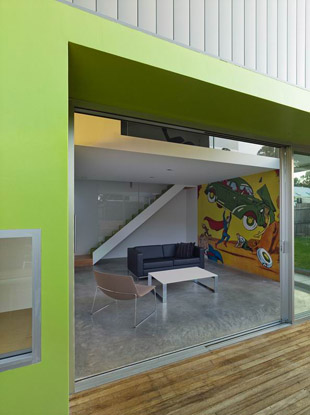 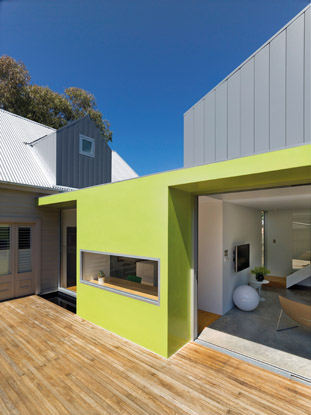 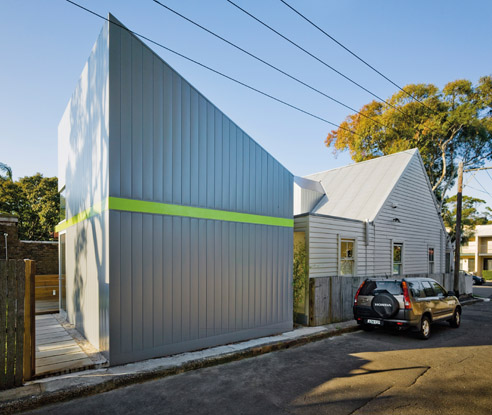 Lilyfield House, a private residence, occupies a constrained site in a built-up 19th Century inner-Sydney suburb. Nobbs Radford Architects stepped in with a design for a subtle modern extension, drawing inspiration from the humble original cottage, with its flanks clad in narrow wooden weatherboards, while still managing to convey a functional, standalone character. From the street, the new addition presents a striking geometric counterpart to the traditional pitched roof profile of the original house, with walls covered in industrial gauge steel and a monolith roof that rises to a spiky peak.

The house is developed from a strong southern street wall of glazed brick with an inbuilt pattern in two shades of black. This facade is a gesture to the public, an abstracted billboard and a rampart, as well as a reference to the vanishing industrial heritage of the area. Internally, circulation is in a one meter zone along this wall and is defined by thick masonry walls, articulated to form cupboards and lighting recesses.