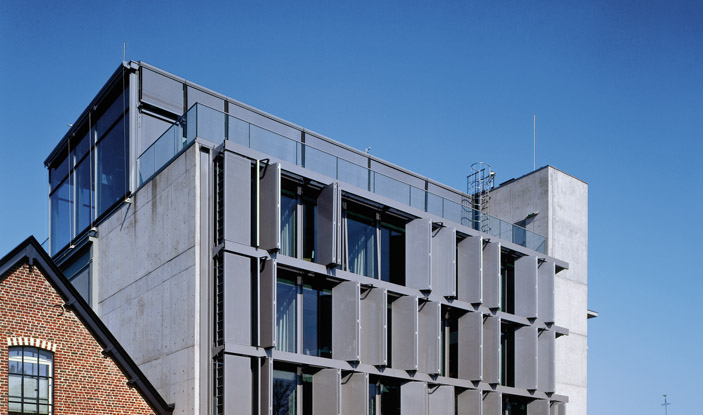 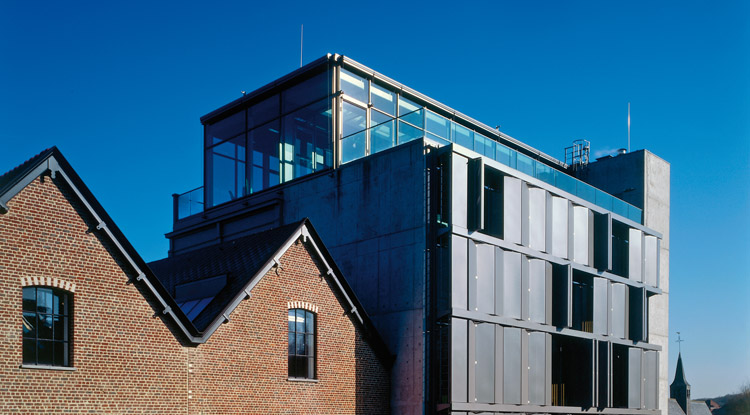 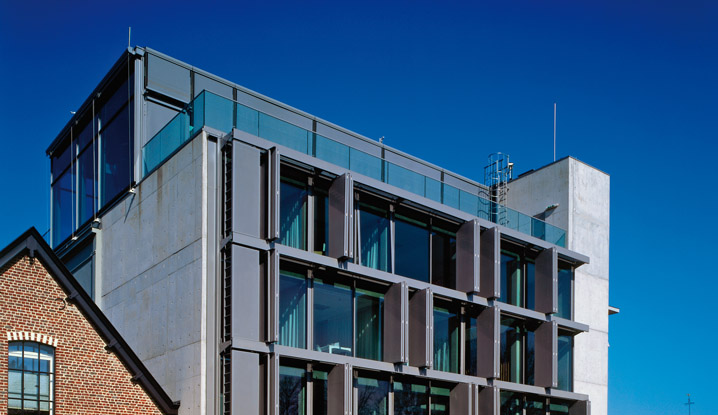 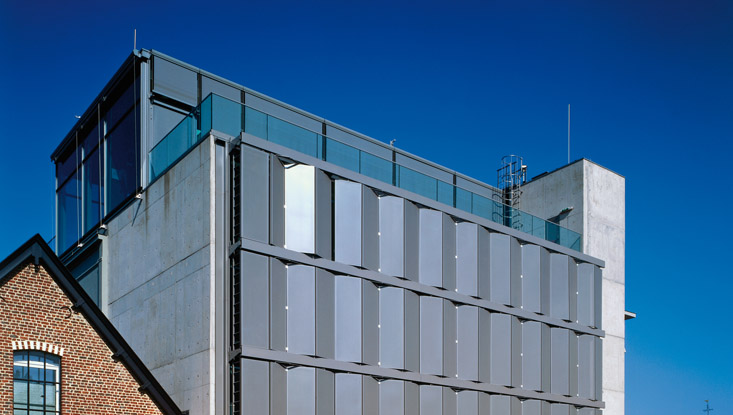 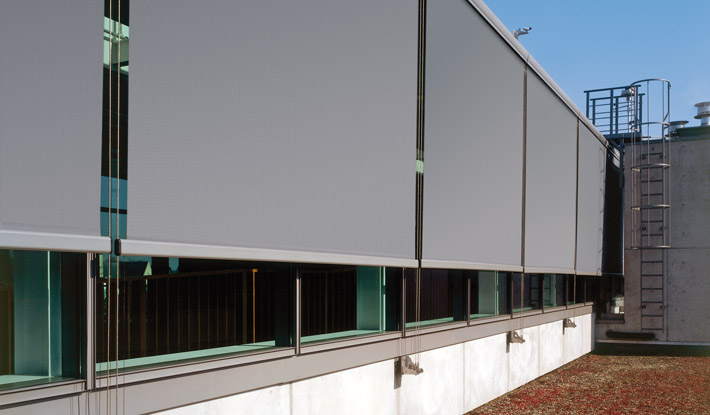 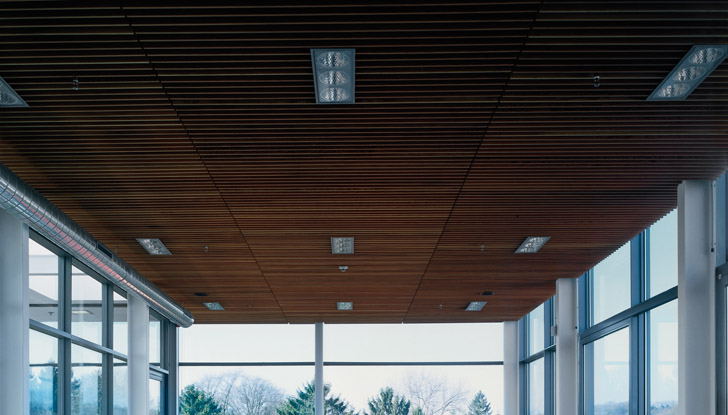 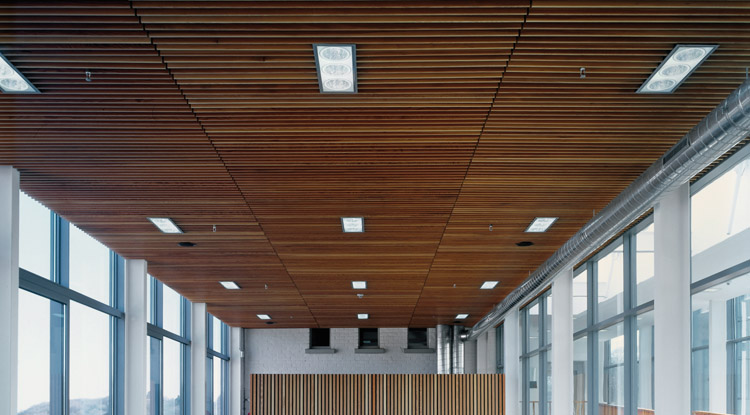 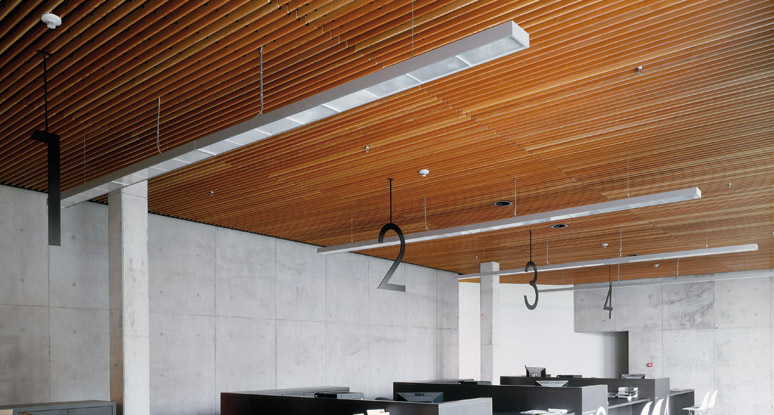 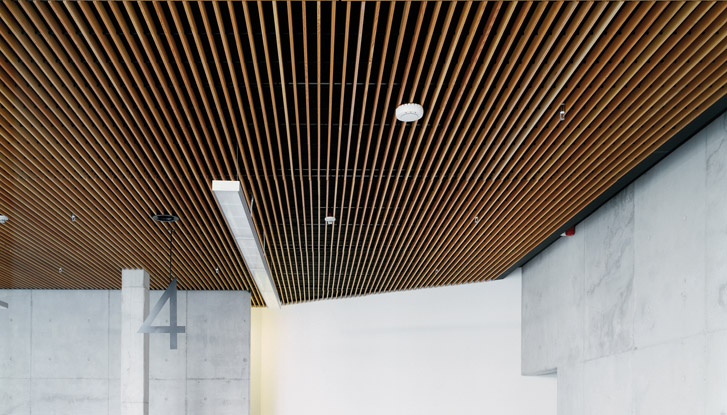 The old Vuurmolen was build at the beginning of 20th century as an industrial mill, considered as one of the oldest industrial building built entirely in concrete. The A2D Architect restored the building and expanded it to municipal administrative center in 2005. The architect aimed to reach a sustainable building with a maximum respect for the existing style of the building, in terms of structure, materials, techniques and integrated plan.

The building used various special material and techniques to achieve the sustainability, including the outdoor awning system on the south façade that consists of electric driven vertical metal folding shutters and the suspended ceiling wooden system in the new part of the building, which are both provided by Hunter Douglas. The building is characterized by contemporary but unpretentious design and use of materials, as well as the durability by some thoughtful renovations and extensions such as new green roofs, modern shading system and full integration of the existing structure.