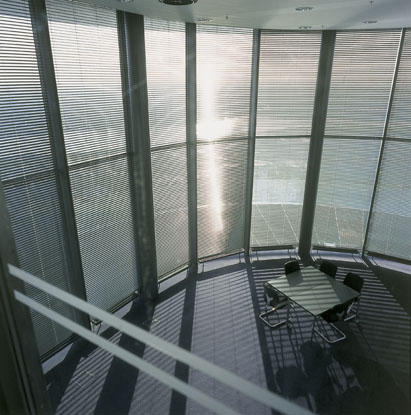 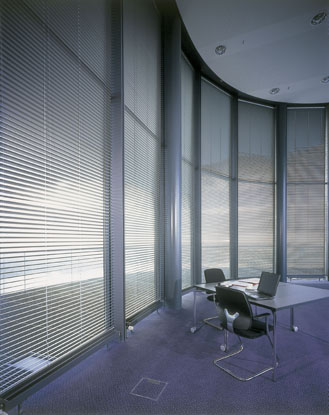 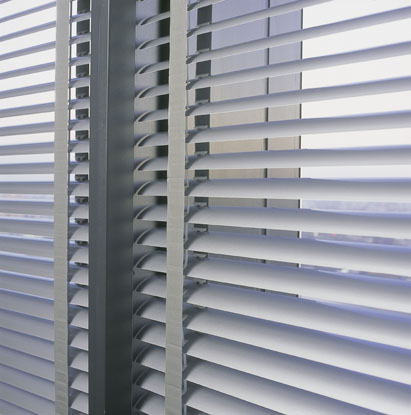 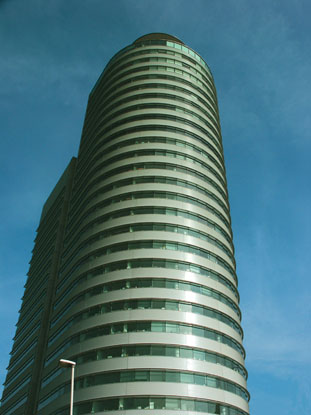 The World Port Center in Rotterdam, Netherlands, offers a great example of the excellent work for which Pritzker-winning architect Sir Norman Foster has become known. Standing on the waterfront of one of the world's largest ports, the tower has earned wide-ranging compliments for its sleek shape, subtle details, high-quality interiors, and occupant-friendly features.

Aluminum horizontal blinds from Hunter Douglas contribute not only to the building's look, but also enhance its energy performance. The 1500 adjustable blinds feature streamlined headrails that integrate into the mullions. The slats have an anodized aluminum finish that gives a uniform, modern appearance, while also delivering a 0.43 shading coefficient with double-glazed glass.

As home to offices that make Rotterdam's port function, Foster and Partners' approach produced a building that fits its role perfectly. It's not as (literally) literally flashy as the nearby KPN building by Renzo Piano, with its LED-animated façade. (Although the World Port Center does have a single blue beacon that spells out "WPC" in Morse code.) Nor is it as immediately striking as Ben van Berkel's iconic Erasmusbrug (Swan Bridge). Yet the straightforward, effectual design of the World Port Center makes it a perfect gateway to Europe's busiest marine thoroughfares.